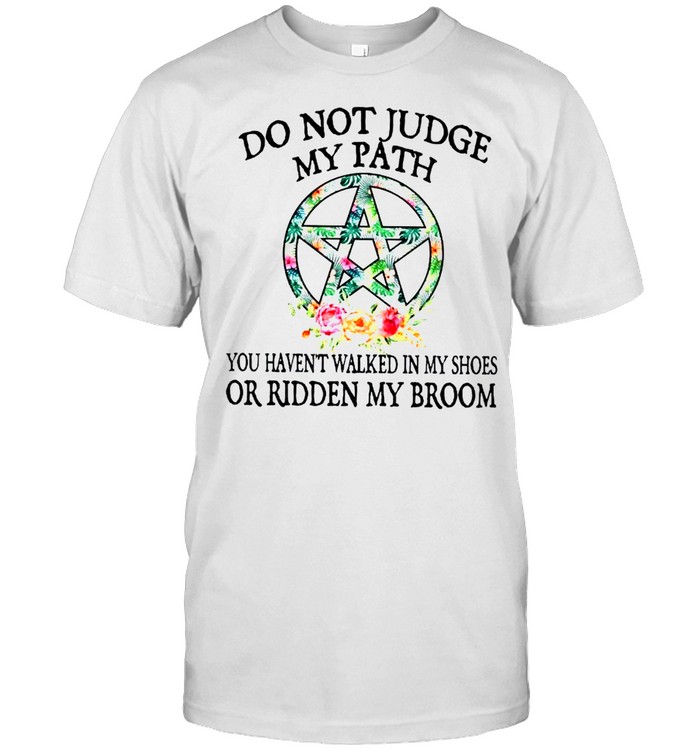 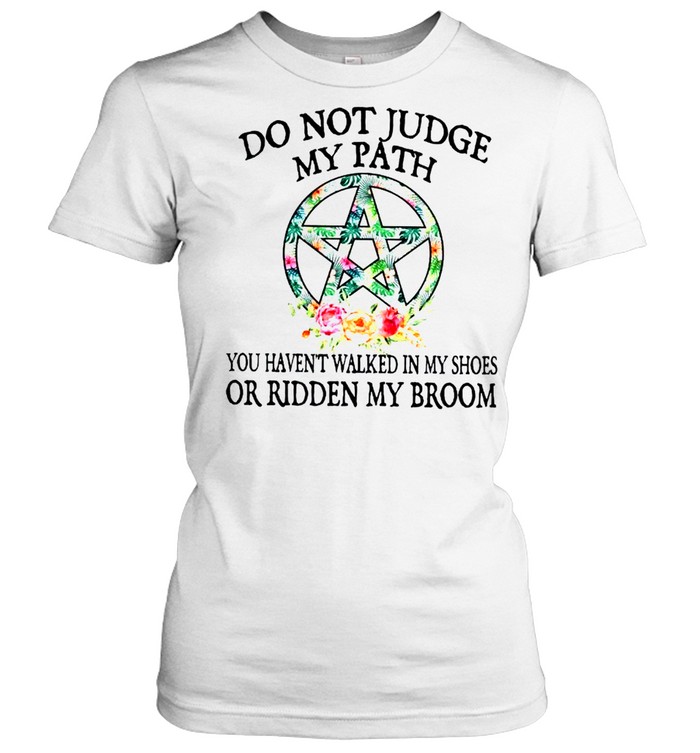 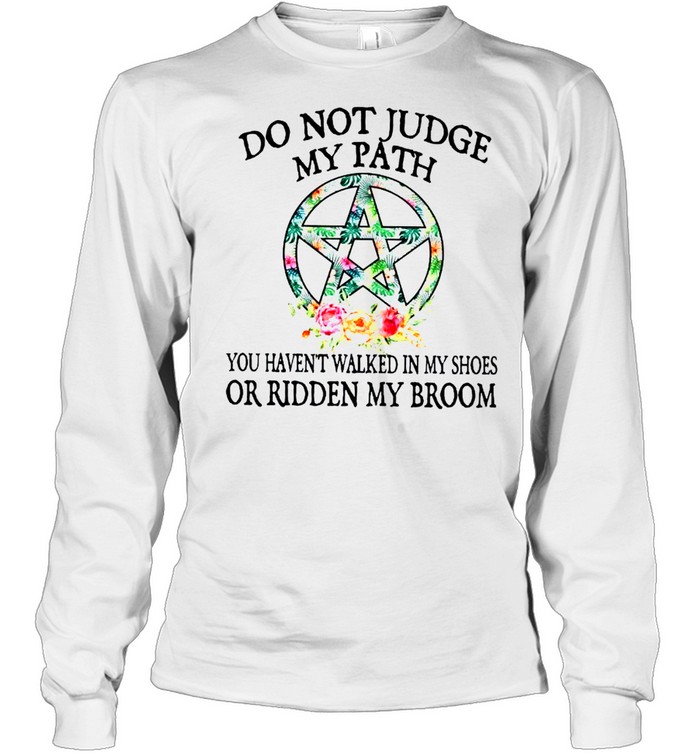 Do not judge my path you haven’t walked in my shoes or ridden my broom shirt, hoodie, sweater, longsleeve and ladies t-shirt